Freelancers Union - What You Should Know - Freelancer Masterclass

Freelancers Union – What You Should Know

What is Freelancers Union

Freelancers Union is a non-profit based in New York with a reported 350,000 members nationwide, most of which are in New York. The organization provides advocacy and health insurance to its members and as a result, provides (for-profit) insurance for freelancers.

Freelancers Union offers various types of insurance for freelancers. Their insurance offerings include health, dental, term life, disability, and liability. In addition to insurance, they also offer retirement savings plans, which is an aspect of money management that many freelancers neglect.

Their social media accounts include Facebook, Twitter, Instagram, Vimeo and Youtube. in addition to their social networks, they host SPARK events throughout the country, which are local events for freelancers to network. They are the driving force behind the Freelance Isn’t Free movement, which you can learn more about here. According to their website:

“This groundbreaking law protecting freelancers from nonpayment was a victory for Freelancers Union members in New York CIty and serves as a blueprint for other cities and states. Enacted in 2017, its provisions include:

30-Day Payment Terms: unless otherwise specified in a contract, clients must pay freelancers within 30 days of work completion.
Mandatory Contracts: clients must use a contract when hiring a freelancer for over $800 of work and they can face fines if they refuse to provide one.

Anti-Retaliation: clients cannot retaliate against a freelancer for pursuing payment.

Legal Assistance: a city agency will investigate, may try to collect on the freelancer’s behalf, and will provide court navigation services if needed.

Double Damages: freelancers can collect double damages and attorneys fees in court, and repeat offenders can face penalties of up to $25,000.

Who is protected? The law covers freelancers who are earning 1099 income and are owed over $800 for work in a 4-month period. It applies to sole proprietors who are not incorporated, or who are incorporated as either an independent LLC, S-Corp, or C-Corp and do not have employees.” 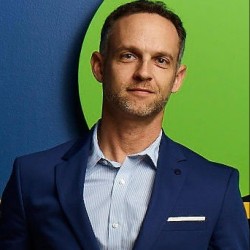 Mike Volkin
Mike Volkin, often referred to as the King of Freelancing, has been freelancing for over a decade with resounding success. He is an expert panelist at Forbes and has appeared on dozens of media appearances spanning radio, TV and podcasts and has also been featured on the homepage of Upwork.

As a best-selling author who has built and sold 4 companies, Mike continues to inspire entrepreneurs throughout the world helping freelancers break free from the corporate rat race and spearhead their own successful careers.

and get the best freelancer marketing tips on the planet.

Get Your First Upwork Client in 3 Days

Upwork is one of the biggest online job platforms today. There are many success stories of freelancers getting high-paying clients on this site. On the other side, many clients…

At Freelancer Masterclass, we talk about never missing an opportunity. If you learn to find job opportunies with Deep Watch you can rest assured that…

Get Anchor Clients to Rocket Past 6-Figures

In this Freelancer Masterclass article, we are going to discuss getting an anchor client to help meet and exceed your six-figure income goal. But what is an…

Freelance Writing as a Full-Time Career- Here’s How to Do It  In the world of online marketing, content is king. The fact is, writers are…

Freelance Web Developer Domination- How to Beat Your Competition

If you are a freelance web developer, you’ve probably noticed there is lots of competition, especially on online job platforms like Upwork. Web development itself…

Freelance Marketing Tips-How to Get Started

Relying on client referrals may get you some freelance work after you’ve completed jobs successfully. However, referrals alone won’t be enough to support a full-time…

We use cookies to ensure that we give you the best experience on our website. If you continue to use this site we will assume that you are happy with it.Ok